If there’s one thing that teachers do not have, it’s time. There is always something to plan, books to mark, risk assessments to amend or reports to be written. It’s no secret that many teachers have forgotten what a full weekend looks like. The workload is enormous, but we all knew that when we trained, applied and accepted classroom teacher roles. Over the school years, you tend to find ways of reducing the workload in a more timely manner. Tweaking practices and updating processes can result in more efficient ways of doing things. Technology can be a bit part of that journey. An iPad could be the difference between something taking ten minutes instead of two hours.

In this blog, I’ll be exploring how apps, and the iPad itself, can reduce teacher workloads. In doing so, I’ll focus in on four main areas of teaching and learning that can be workload heavy. You can find out more about each app that I mention by clicking on their names as you read through the blog.

Setting up the Classroom

How many minutes of your lunch hour do you spend setting up the classroom for the next lesson? What time do you leave school or arrive in the morning to make sure that everything is set? I’m sure if you added up all that time, it would be shocking. Well, the Apple Classroom app can help massively when it comes to the technology side of things. I’ve experienced the frustratingly slow process of booting up laptops and getting them on to the right website or piece of software many times in my Teaching Career. With the Classroom app installed, you can control an entire class set of iPads all at once. With a tap of, literally, three buttons you can launch all of the Children’s iPads on to the same app, all at once. Likewise, you could push all of them on to the same webpage. That would require five taps but let’s face it, it’s hardly time consuming. Apple Classroom’s interactivity means that ‘setting up the technology’ is a thing of the past. You can enjoy your entire lunch break and set get the iPads ready in the time it takes the children to walk in from the playground. 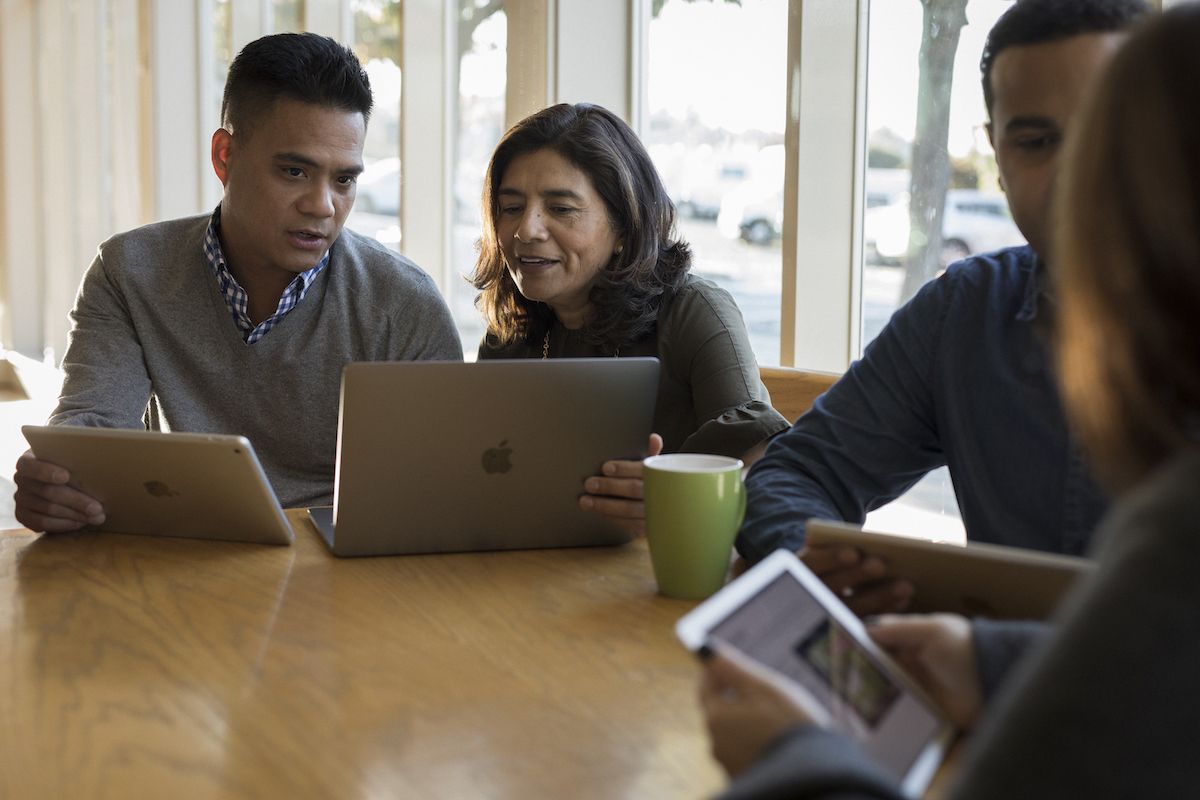 Assessing an entire cohort’s understanding about any subject is difficult and time consuming. The act of Marking work, probably contributes the most to a teacher’s overall workload. Thankfully, using an iPad opens up a range of alternative ways of assessing your class. Firstly, quizzing apps are a great way of testing understanding. Kahoot and Socrative both offer engaging platforms for interactive and completely customisable tests that collect the assessment data for you. Kahoot enables teachers to offer up multiple choose ‘gameshow style’ quizzes that test children in the moment. In other words, all of the children answer the questions all at once together against the clock. This results in an engaging and frenzied approach to assessment that is really good fun for all. Socrative can offer a similar experience through it’s ‘Space Rocket’ feature. However, you can also deliver quiz questions to the class in a number of different ways. One such way is to involve the children in a ‘Student Paced’ set of questions. This means that the class can make their way through the quiz without the element of pressure. Both apps and both approaches provide the teacher with the assessment data at the end of the quizzes in the form of spreadsheets. These sheets coney the progress of the class in a brilliantly simple format. Yes, it takes time to create the  quiz questions, but it definitely saves a teacher time when it comes to marking.

Without a doubt, one of the biggest demands on an early years teacher is the creation and ongoing progression of learning journals. That being said, teachers in key stage one, two, three and onwards may well be tasked with journaling a child’s development as well. The sheer volume of evidence that needs to be piled up on just one child is overwhelming, not to mention an entire EYFS classes. Thankfully, there are apps that can help. Namely, I would recommend Tapestry and SeeSaw. Tapestry has been around for a while now and can be an Early Year Teacher’s best friend. It is an app specifically designed to help gather evidence and pin EYFS standards to said evidence. Because the iPad is a multi-media tool, the information surrounding a child can be recorded on in photo form, as a short film, in notation or voice note. This means that little learning progressions can easily be captured in the moment. See Saw can provide a similar platform for teachers with one big difference. The children themselves can interact and add things to their own learning journals. Again, the learning can be captured as videos, photos, voice notes and written notes on SeeSaw and it can also offer a blank whiteboard for children to write on and screen recorded. Both apps self-generate and collate the captured learning evidence in to PDF journals that can easily be printed off. 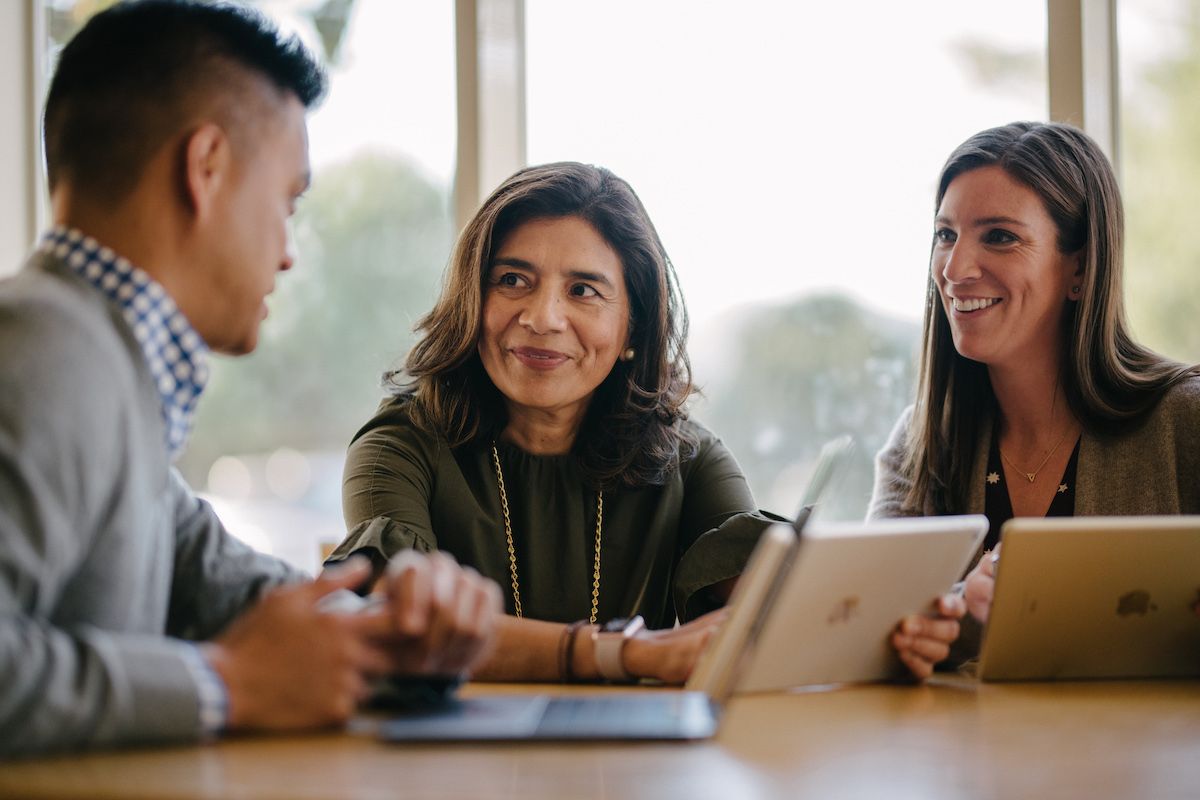 For me, one of the biggest workload reducers, that comes with using an iPad, is the ability to share Teaching and Learning resources digitally. Through apps like Showbie and Seesaw I am able to create a digital workflow. In other words, I can share resources with the class via the apps, and they can share their work back with me. This saves time that is otherwise spent at the photocopier waiting for worksheets to print out. It also enables me to have a more efficient eye on the children’s work. Both Showbie and See Saw enable me to see the work being completed more instantaneously on my own device, which in turn means that I can correct children or put them back on the right path if they start to stray from the learning objectives. I am able to comment on the work on See Saw and Showbie can even enable teachers to mark work digitally with annotation tools on top of commenting options. Working in this way means that you have a better chance of ‘live marking’ and whats more, you don’t even have to collect anything in as the children are sending you the work digitally. There’s no chance of work going missing or worksheets being ripped. It can completely revolutionise your approach to sharing teaching and learning resources. More importantly however, it can save you time and reduce the work involved.

There you have it. Four areas of teaching that can be significantly effected by the embedment of a handful of apps. Overall, it’s worth stating that an iPad itself can have a profound effect on your overall workload. I know for me, it’s usability has made a big difference. Most apps are extremely intuitive and user friendly. The technology is no longer a barrier or a time consumer itself. In fact, it does the opposite. The iPad and it’s multi-media capabilities can take on tasks that would previously involve a whole range of devices. I accept that for some, getting your head around using an iPad could be a mammoth task in itself. However, I would say that it is infinitely worth the time. Many new technologies have come and gone in schools. Some have demanded a lot on teachers and have delivered very little to show for it (Smart Boards, I’m looking at you). An iPad is not part of that club. Whatever you use it for, it will make your life easier. It will reduce your workload. It might even give you your weekend back.

a fantastic resource from Google for teaching online safety